11 COOLEST COFFEE SHOPS IN THE WORLD 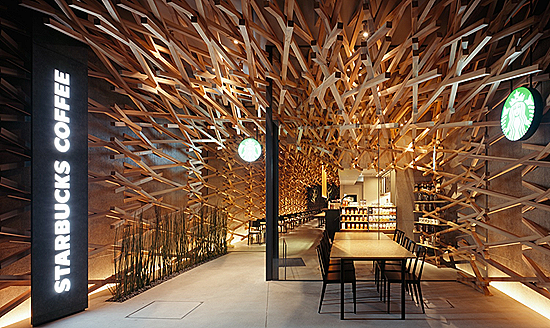 The 11 Coolest Coffee Shops in the World
By Nikkitha Bakshani, The Daily Meal, 30 April 2015.
When, exactly, did coffee shops become cool? Nobody can pinpoint an exact date - but when Viennese coffee houses in the 1700s became hubs for discussing politics and culture, coffee became more than just a pick-me-up drink; it became a way of socializing. There are some places in the world where it is way cooler to be seen engaged in this kind of activity than others. We've rounded up what we think are the 11 coolest.
In order to discover the world’s coolest coffee shops, we had to refine our definition of “cool.” Our first criterion was the amount of respect given to the process of making and serving coffee. Is the coffee roasted in-house? Are the coffee beans sourced ethically? Are the espresso shots expertly pulled? Secondly, we looked at décor. This was difficult, as some of the best café décor is minimalist, but there are some minimalist coffee shops that are more visually appealing than others because of their layouts, their windows, and the amount of natural light that flows into its seating areas. Finally, we reviewed customer experiences, including complaints of staff snobbery - which can sometimes be disregarded as a side effect of artisanal excellence, but only if the quality of the coffee makes service take a backseat.
After looking through our list of America’s 50 Best Coffee Shops, we chose the ones that stuck out as particularly picturesque and/or unique. To find the coolest coffee shops outside of America, we looked through coffee blogs, like Beers and Beans, and searched for other media coverage on international coffee shops with great design or coffee so good that the design doesn’t matter.
While coffee presentation and beans are top priority, for some of these cafés, we made an exception. We are that confident that you too will believe the stunning interiors of Venice’s Caffè Florian are very cool, though in an old-fashioned way. A lot of these coffee shops are in buildings that used to be something else entirely - a billboard factory, a family mansion, or an auto garage, for example.
Put on your sunglasses. We’re touring the coolest coffee shops in the world.
11. Limestone Coffee Co. (Medford, Oregon, USA) 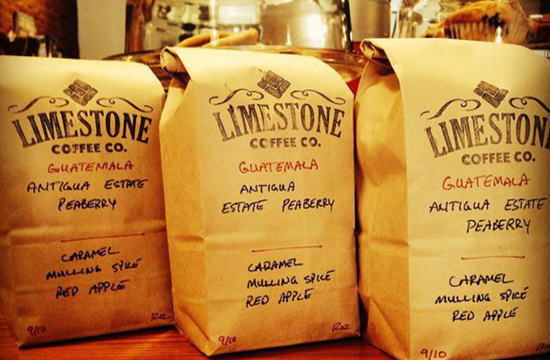 Credit: Limestone Coffee/Facebook
Limestone Coffee Co. in Medford, Oregon, looks like a spacious living room with lots of natural sunlight that just happens to have an Ambex micro roaster. The bar is made of reclaimed wood from a shuttered mill (which just makes the pour-over kettles on it look even cooler), and a curved (blue!) staircase that leads to more seating above makes it a great place to while away an afternoon. The coolest thing about it? Its lack of pretension.
10. Sightglass Coffee (San Francisco, California, USA) 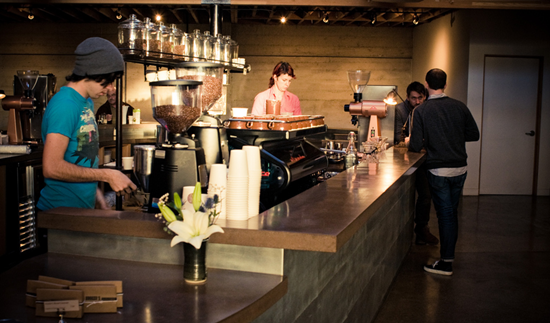 Credit: Alejandro De La Cruz/Flickr
Sightglass Coffee is a sibling-owned coffee company housed in an old billboard factory, and their enormous machines and coffee gear makes the store look more like a theatre than a coffee shop. Those who want a homier feel can go to their location in the Mission district, but coffee aficionados will want to stop by this coffee bar and see why exactly hand-roasted, artisanal coffee is such a big deal.
9. Necessary Provisions (Singapore) 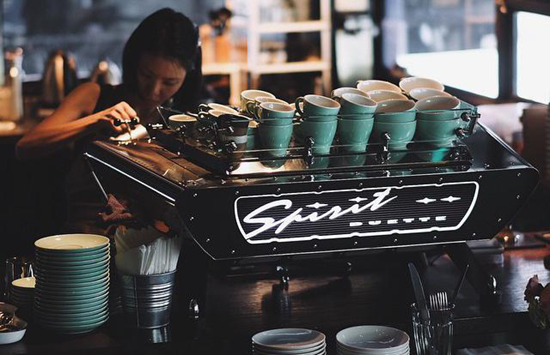 Credit: Instagram @ircahn
Necessary Provisions serves simple meals made of ingredients sourced from local markets, as well as single-origin tea and coffee from carefully chosen estates around the world. In this sense, their “Thumper” house blend, composed of three to four beans from these estates, is not single-origin, but its blend of Brazil Fazenda Passeio, washed Honduras El Chollo, and Guatemala Finca San Andres beans has proven to be very popular with its customers. The washed green paint on many of its surfaces, as well as the hanging plants and signature bike in front of the espresso counter, combine the feeling of a Brooklyn-style coffee shop with that of an island way of life.
8. Starbucks (Dazaifu, Japan) 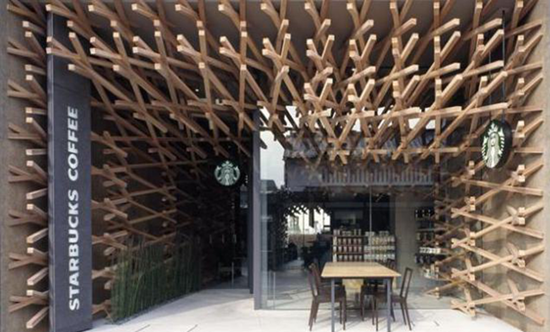 Credit: Starbucks
Yes, a Starbucks made this list, but it is far from your ordinary Starbucks - it might just be the coolest Starbucks ever. Designed by Kengo Kuma & Associates, who also designed a restaurant that made it on our list of restaurants with amazing architecture, this Starbucks in Dazaifu has the architectural firm’s signature aesthetic of interwoven wood blocks intended to evoke a forest. Unlike other “cool” Starbucks locations in Asia, this one is not located in a pagoda or historical building; those buildings just look sad and out of place. This one makes us appreciate contemporary design (and contemporary coffee drinks).
7. Amethyst (Chennai, India) 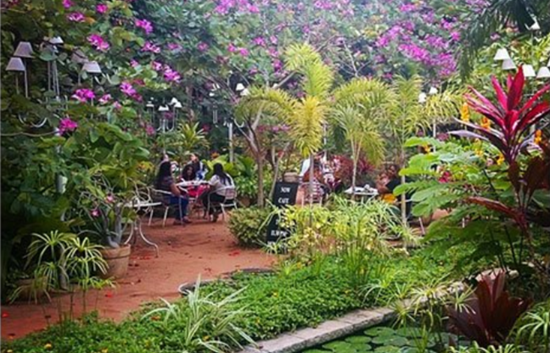 Credit: Instagram @sofieee7
Amethyst captures the heart of Old Madras, both in its outdoor tropical garden area with wicker chairs and its indoor area with marbled floors and portraits of the family that used to own the mansion the café currently occupies. There is also an in-house florist and a shop upstairs that sells books, clothing, and jewellery with a South Indian theme. Expats and locals alike come here to enjoy continental food and “cold coffee,” an iced latte with ice cream mixed into it.
6. The Grounds of Alexandria (Alexandria, Australia) 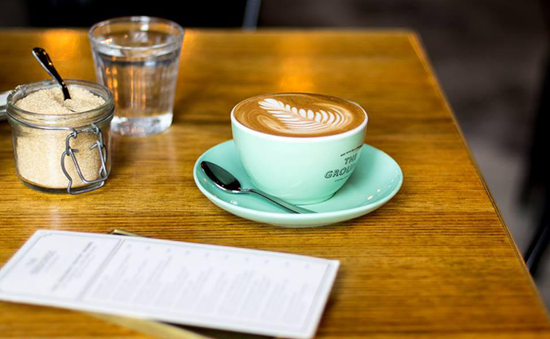 Credit: The Grounds of Alexandria/Facebook
A restaurant located in a former pie factory, the perennially crowded Grounds of Alexandria serves single cups of coffee on steel trays, which is to say, they take their coffee very seriously. With imported dual Probatone roasting machines and a coffee school, they take special pride in their numerous methods of making filter coffee, like aeropress, French press, and cold drip. The space is big enough that people rent it out for weddings, especially because much of its seating is in the property’s gardens. Oh, and there is a petting zoo.
5. The Coffee Academics (Hong Kong) 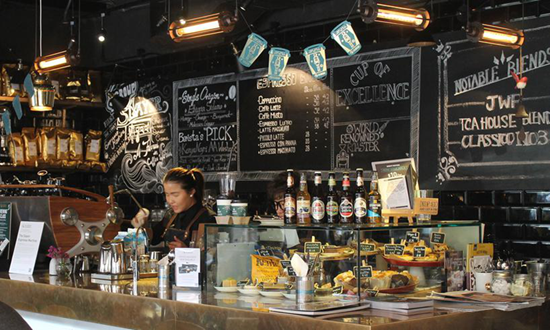 Credit: Connie Ma/Flickr
Far from stodgy, The Coffee Academics are constantly creating new ways to enhance the classics. We’re not talking about adding artificial syrup. Every month, they come up with a special coffee inspired by a different culture around the world. Their latest, Riyadh Almond Date Kahwa, is a regular latte macchiato served in a cup rimmed with date sugar and topped with toasted almonds; it is inspired by modern coffee culture in Saudi Arabia. Moreover, their woodsy, collegiate décor; large drip machines with gold finishing; and bowtie-wearing baristas just ooze cool.
4. Balzac’s Coffee Roasters (Toronto, Canada) 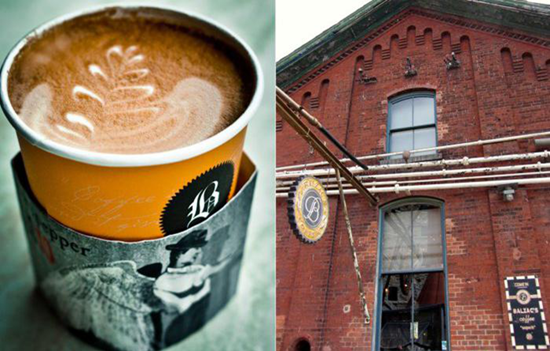 Credit: Chung Ho Leung/Flickr (left), Richie Diesterheft/Flickr (right).
Though Balzac’s Coffee Roasters has various locations in Toronto, each picturesque in its own way, their flagship store in the Distillery District is modelled to look like a grand Parisian café with high ceilings and a vaudevillian chandelier. Located in a former pump house, art nouveau prints line the exposed brick walls and the speckled mirror behind the counter recalls something out of a Manet painting. Their Atwood blend, made in a partnership with Canadian author and poet Margaret Atwood and roasted in a company warehouse in Stoney Creek, Ontario, benefits the preservation of tragically dwindling populations of migratory birds.
3. Caffè Florian (Venice, Italy) 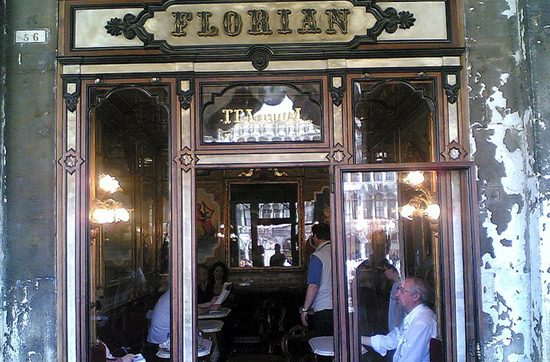 Credit: Jeanne boleyn/Wikimedia Commons
Caffè Florian is not cool in the sense that you’ll find single-origin coffee served by tattooed baristas in a minimalist setting, but cool in that it is considered the oldest café in Europe. Opened in 1720, it is older than the United States as a nation. The opulent rooms in the café each have a different theme: there’s the Oriental Room, the Hall of Seasons, and, of course, the outdoor area right on Piazza San Marco. If it was cool enough for Goethe and Lord Byron, it’s cool enough for you.
2. Truth Coffee (Cape Town, South Africa) 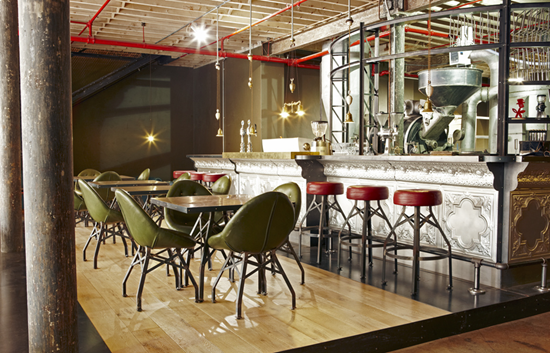 Credit: Haldane Martin/Flickr
With a loud steampunk aesthetic and home-roasted coffee so good that they provide the beans for various five-star hotels in South Africa, Truth Coffee is a must-see in Cape Town. For those who don’t know, steampunk is a style heavily inspired by steam-powered machinery from the 19th century. As a result, steampunk style incorporates grand Victorian styles with modern punk, which is why you’ll find saw-blade table tops, a plethora of exposed pipes, vintage typewriters, Singer sewing machines, and many other Old-World-meets-New-World elements at Truth Coffee. They even have a barista school and a 1940s Probat roaster named Colossus.
1. Barista Parlour (Nashville, Tennessee, USA) 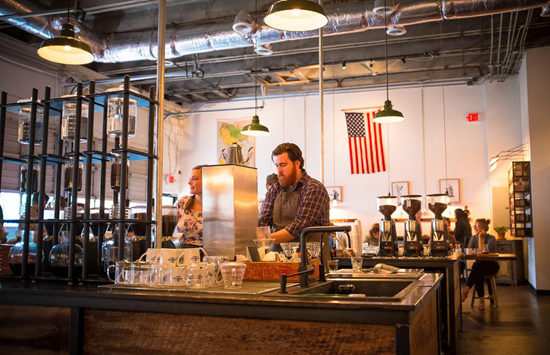 Credit: Sean Davis/Flickr
Nashville’s Barista Parlour is a converted auto garage that, yes, is frequented by the usual hipsters, but it is not unusual to see a line of motorcycles parked outside the entrance, too. These aren’t decorative; bikers get their caffeine fix here. In additional to artisanal coffee, you can eat buttermilk biscuits topped with homemade peach jam or sausages from the butcher shop next door and clean up after yourself with the bandanas they offer as napkins. Local designers also make their aprons and bow-ties. It is no surprise that the owner is known to be great friends with Black Keys frontman Dan Auerbach; in 2014, they opened a coffee bar in what used to be a recording studio. Once upon a time, the Black Keys used to open shows for Radiohead, but today they are one of the most recognizable names in rock music. Barista Parlour's engagement with other Nashville businesses makes it a true community hub, one reminiscent of the Viennese coffee houses where the idea of coffee as a social event originated. That, on top of excellent (and affordable) food and coffee; a diverse clientele; artwork hanging on the walls; and an airy, well-lit space, puts Barista Parlour on the top of our list.
Top image: Starbucks in Dazaifu, Japan. Credit: Masao Nishikawa via ArchDaily.
[Source: The Daily Meal. Edited. Some images added.]