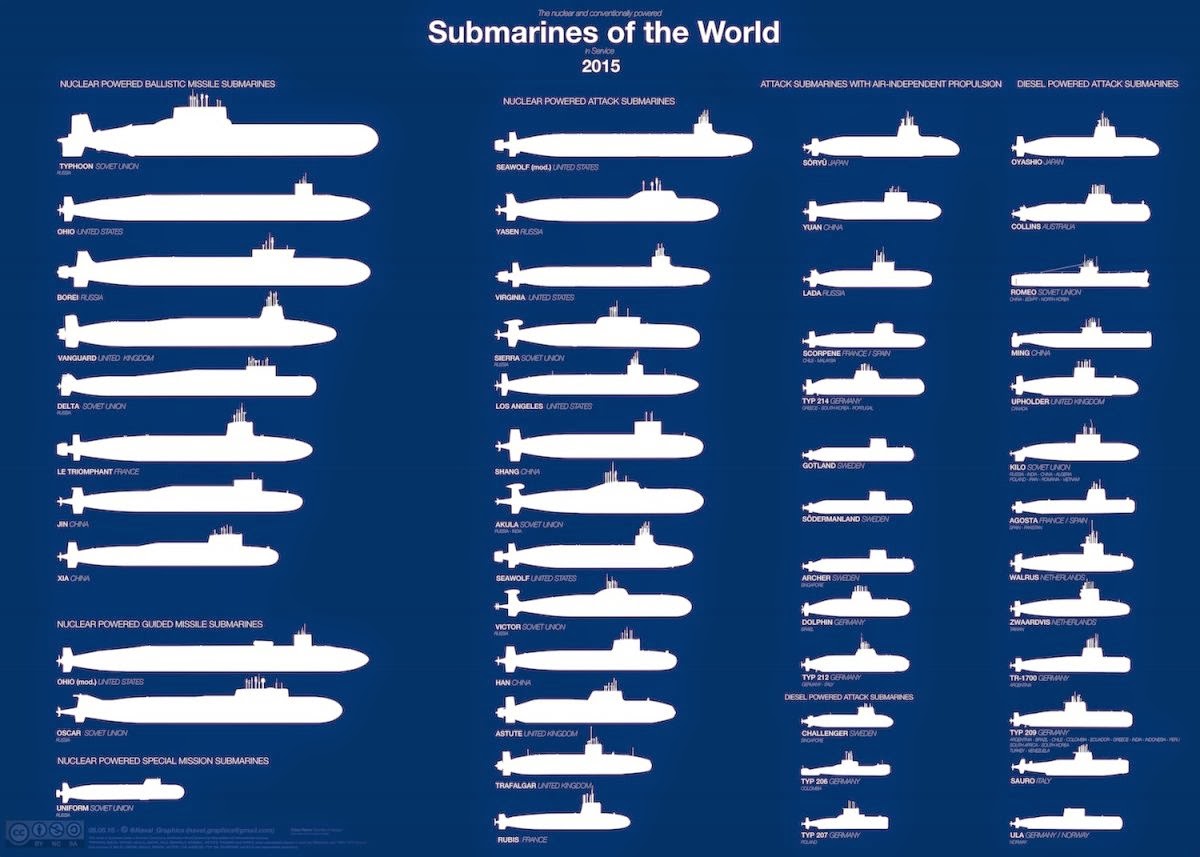 (Click on Image to Enlarge)
Naval Graphics
Business Insider: This chart shows every model of military submarine in service around the world

Submarines give navies around the world a huge strategic and tactical advantage.

Ballistic-missile submarines can serve as nuclear deterrents if a country's land-based launch systems have been destroyed. Meanwhile, nuclear-powered attack submarines can effectively hunt enemy subs and can sink enemy naval targets. During war games in March, a French Rubis-class sub even "sunk" a US aircraft carrier.

Smaller non-nuclear attack submarines, though incapable of operating underwater for as long as nuclear vessels, can be even more difficult to track than their nuclear-fueled counterparts. These subs can also be used for naval and anti-submarine warfare in shallower waters.

The following graphic from Naval Graphics shows every model of submarine in service around the world as of 2015:

WNU Editor: For more naval graphics, this Twitter page has it all.