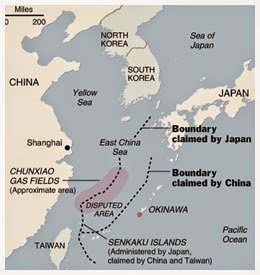 Three Chinese coast guard vessels entered the waters of the Senkaku Islands, also known as the Diaoyu Islands and subject to a territorial dispute between Japan and China, local media reported Monday.

MOSCOW (Sputnik) — The Japan Times cited the headquarters of the regional coast guard in Okinawa as saying that three of China's coast guard ships had crossed into territorial waters claimed by Japan in the East China Sea off the northern coast of Taiwan early on Sunday.

The newspaper said this was the 13th such encounter in a series of incidents in 2015, but failed to specify whether Japanese aircraft had been scrambled in response, or whether the vessels had been escorted out of the area or had left themselves.