Is The Iranian Nuclear Deal A Backdoor Channel To Sell Weapons To Saudi Arabia? 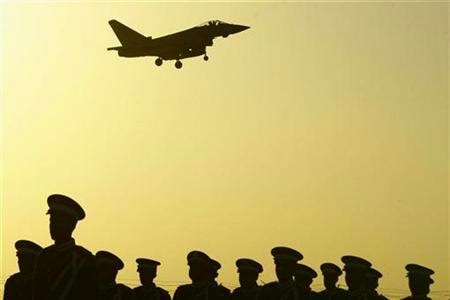 For a long time there was confusion about the "quo" to the Saudi Arabian "quid" over its agreement to side with the US on the Iranian "nuclear deal" (which incidentally looks like it will never happen simply due to the Russian and Chinese UN vetoes).

Then over the weekend we finally got the answer thanks to the the WSJ, which reported that "Gulf States want U.S. assurances and weapons in exchange for supporting Iran nuclear deal."

The details are quite familiar to anyone who has seen the US Military-Industrial Complex in action: the US pretends to wage an aggressive diplomatic campaign of peace while behind the scenes it is just as actively selling weapons of war.

WNU Editor: What's my take on Zero Hedge's analysis .... I am not there yet. But it is true .... when I posted this story 3 days ago on the Gulf states wanting arms from the U.S. in the event of an Iranian nuclear deal .... Gulf States Want More Weapons And U.S. Security Guarantees .... I said to myself that this was a great way/strategy to expand a market with even more weapon sales .... and from clients who have money to spend ASAP. Bagaimana Menarikkan Article Pada Hari Ini . TIPS AND INFORMATIN RESORCES.Jangan Lupa Datang Lagi Untuk Membaca Article Yang lebih Menarik Pada Masa Akan Datang/
Label: Ihy