Military Activity In The Baltics Is Approaching Cold War Levels 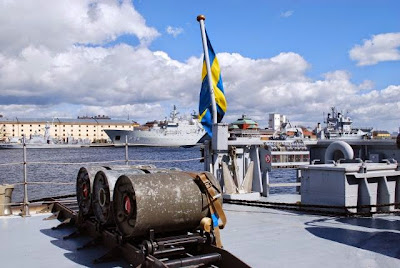 A daily game of Cold War cat-and-mouse is ratcheting up tensions in the Baltic and drawing the biggest military presence into the region for over 20 years, Swedish military officials say.

Eye-to-eye encounters with Russian combat jets and reports of suspected submarines in Swedish and Finnish waters are fuelling regional concerns about Russian assertiveness in the wake of the Ukraine crisis and reversing years of defence cuts.

Western officials say Russia has stepped up probing flights and mock bomb runs near Europe's borders since 2013, forcing jets from NATO nations and non-NATO allies like Sweden to scramble repeatedly. For its part, Moscow says NATO has dramatically increased reconnaissance flights near its borders.