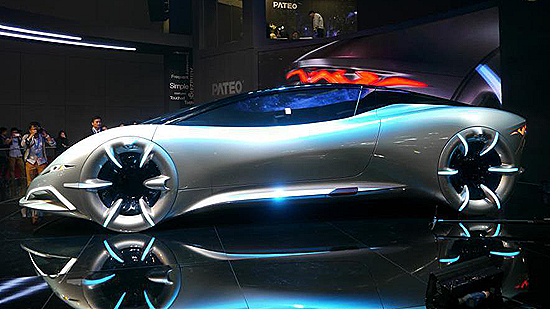 Tasty Tech Eye Candy Of The Week (May 3)
By Tracy Staedter, Discovery News, 3 May 2015.
A freakishly humanoid robot, a crazy concept car, walls made of algae and the world's biggest glass skywalk are about to come your way. Read on.
1. The Beehive Pavilion 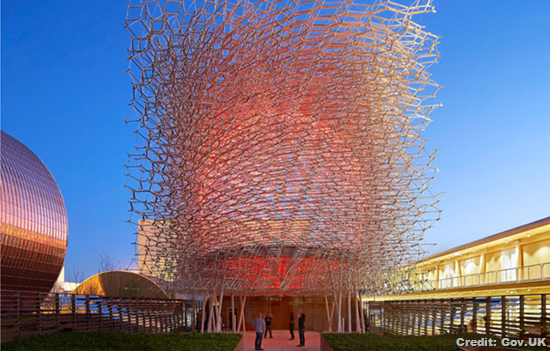 For the World Expo 2015 in Milan, which opened May 1, the UK built The Beehive Pavilion. In line with the expo's theme, Feeding the Planet, Energy for Life, the pavilion was inspired by the crucial role bees play in agriculture and food. Over the next six months of the expo, the building will serve as a space for UK business, science and cultural events. [More images] [Video]
2. Project N Concept Car 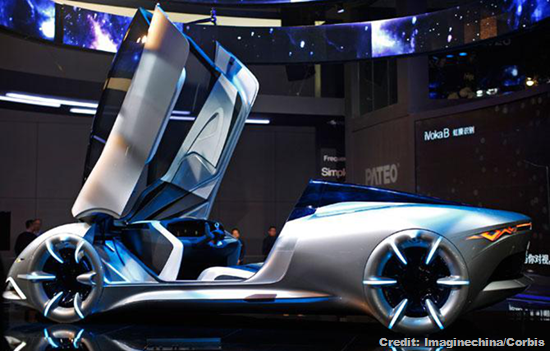 At the Auto Shanghai 2015 car show, Shanghai-based Pateo Group showed off its Project N concept car designed by Jet Zhang. The car straddles the autonomous and conventional car line, by giving drivers both options with the press of a button. Pateo is looking to start commercial production in 2018, with an expected price range of US$56,000 to US$97,000.
3. Glass Skywalk 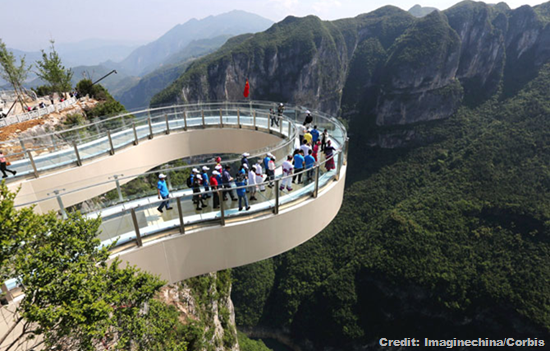 The world's longest glass skywalk opened this week at the Longgang scenic area in Yunyang county, Chongqing, China. The horseshoe-shaped glass cantilever bridge is 26.64 meters long - five meters longer than the one that recently opened at the Grand Canyon - and juts out over a 718-meter drop.
4. Yang Yang, the Robot At the 2015 Global Mobile Internet Conference in Beijing, China, Japanese robotics expert Hiroshi Ishiguro (right) showed off his latest creation, Yang Yang, a robot modelled after Song Yang, a Chinese researcher that works at Shanghai Shenqing Industry. SSI collaborated with Ishiguro to design the robot, which is able to talk, move its head, shake hands and even hug a human. [Video]
5. Robotic Fish 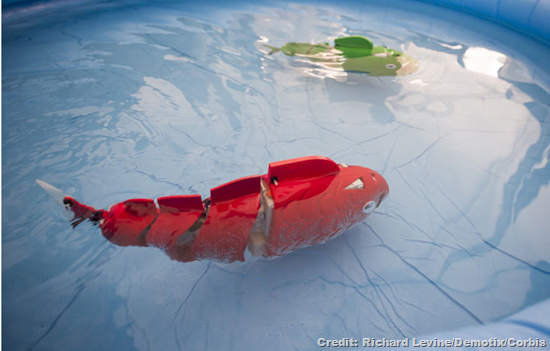 This week, people who attended the NYU-Polytechnic School of Engineering's Research Expo in Brooklyn's "Tech Triangle" saw, among other things, two robotic fish that can be controlled by an iPhone/iPad app. The fish were designed by mechanical engineer Raymond LeGrand in collaboration with the New York Aquarium and are meant to give visitors an opportunity to learn how fish function and interact with their environment.
6. Urban Algae Canopy 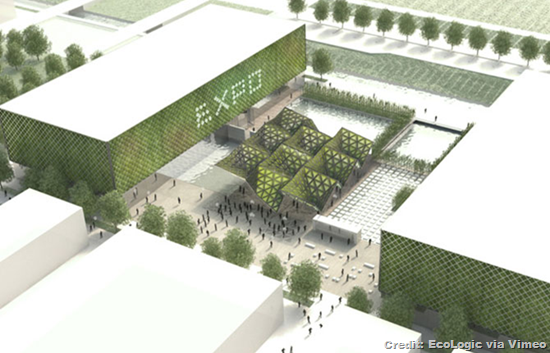 Also opening this week at the 2015 Milan Expo is another interesting building, this one from London-based ecoLogicStudio. The Urban Algae Canopy has a facade made of tubular structures designed to grow algae. As the algae grow more dense, they provide shade and then can be harvested later for food. [Video]
7. Air Map Got a drone but not sure where you can fly it? Check out Air Map, a site designed by Ben Marcus, who created the NoFlyZone registry for people who don't want drones buzzing around their houses, and Gregory McNeal, a professor of law and public policy at Pepperdine. A database of regulations and flying restrictions creates a map of go and no-go areas.
8. Printed Nest 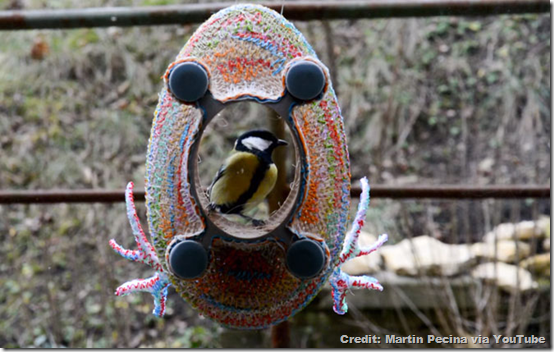 A team of architects have developed a clever way to improve the living conditions for urban birds. It's a 3D-printed nest. Anyone can visit the website, download and modify the nest plans and then print them out for their fine, feathered friends. If you don't own a 3-D printer, no worries. Your can order a nest for US$50. Or, if you just want to look at images of these unique nests, visit the Pinterest site.
9. Tiny Robot Shows Great Strength 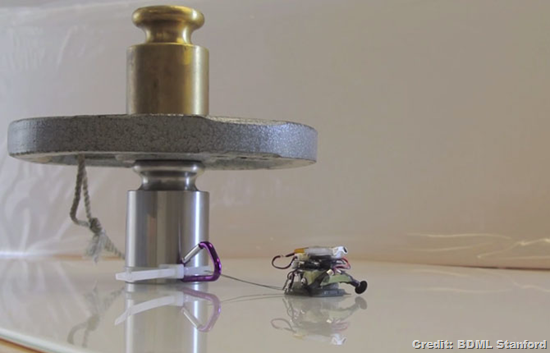 This tiny robot, developed by researchers at Stanford University, can pull objects nearly 2,000 times its size - the equivalent of a human pulling a blue whale. The MicroTug uses special adhesives to tightly grip a surface and then once secured, it employs a winch, tow cable and hook pull big objects behind it.
10. Powerwall 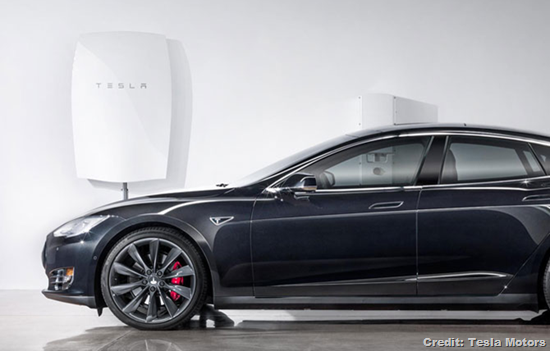