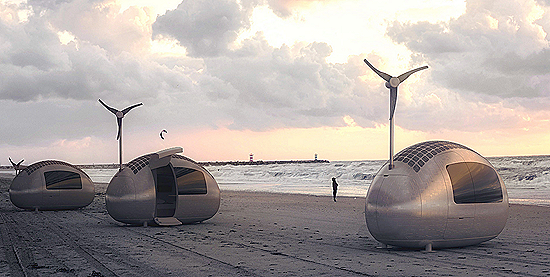 Tasty Tech Eye Candy Of The Week (May 24)
By Tracy Staedter, Discovery News, 24 May 2015.
Prepared to be awed this week by a bionic ankle, a jet-powered bike, wind turbines without blades and a weird wearable that contains living organisms.
1. Bladeless Wind Power 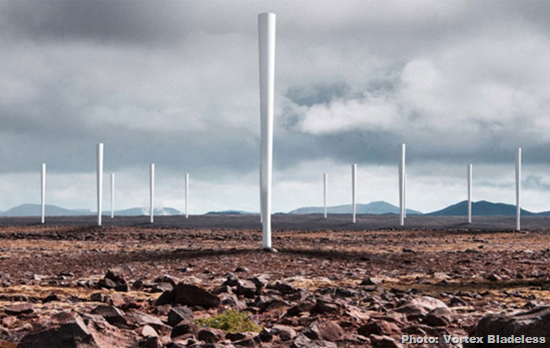 The Vortex Bladeless wind power concept from a team of Spanish engineers aims to harvest wind energy without the propeller-like blades of a conventional turbine. Instead, the tower is hollow and captures wind inside, which spirals downward in a movement known as vorticity. That causes the tower to oscillate, the kinetic motion of which is captured to produce electricity.
It reminds us of another concept that arose back in 2010 called Windstalk.
It's cool idea, but it's unclear how feasible such a device is. It's been criticized for not being capable of generating enough power to be realistic. We'll hope for the best.
2. Jet-Powered Bike 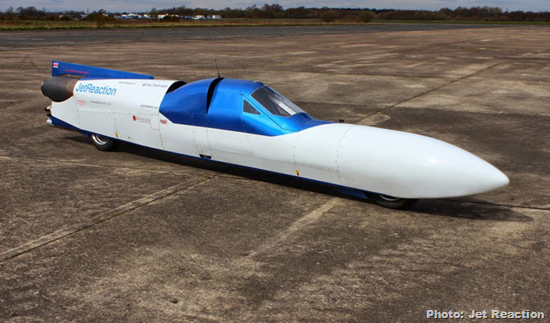 This weekend, on the coastal flats of Pendine Sands, Wales, a team of speed enthusiasts are reaching for a record with a streamlined, jet-powered bike. Fifty-year-old engineer Richard Brown of Oxfordshire and his team will be testing their machine, Jet Reaction, in preparation for a September run at the Bonneville Salt Flats in Utah. The current land speed world record is 376.373 mph and Brown thinks Jet Reaction can beat it. Stay tuned.
3. Eco Capsule 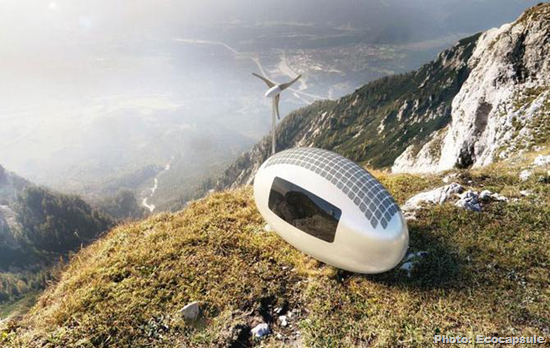 The Ecocapsule, to be unveiled later this month at the Pioneers festival in Vienna, is a micro-shelter that can house you comfortably off the grid, thanks to an array of solar and wind power and rainwater collection technology. The price hasn't bee announced yet, but designers hope to make the capsule available by the end of the year.
4. Bionic Foot An advanced version of the Propio bionic foot was announced this week from Reykjavik-based Ossur. Not only is the device lightweight, at just over 3 pounds, it's the only robotic foot on the market than can be controlled by the user's brain.
5. Magnetic Wallpaper Display 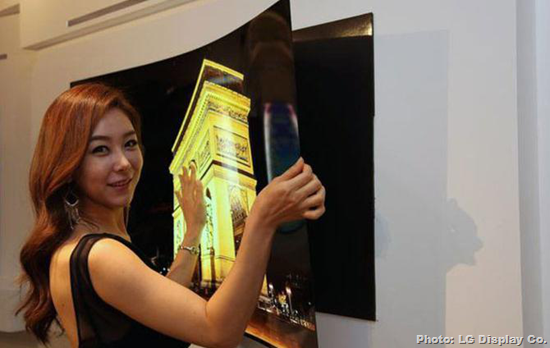 At a media event in Seoul, Korea, LG Display showed off its 55-inch wallpaper OLED panel. The new .03-inch-thick panel weighs just 4.1 pounds and is magnetic - think "refrigerator magnet" - so that you can stick it to any metal surface.
6. Floating Farm 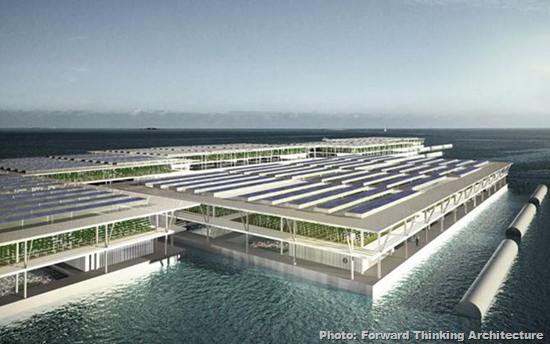 Barcelona, Spain-based Forward Thinking Architecture is indeed thinking about the future when the world's population will be exponentially larger than today and food demand will be at unprecedented levels. Their modular floating farm concept - called the Smart Floating Farms - houses aquaculture on the bottom floor to raise fish, uses hydroponics to grow plants on the second level and has a roof covered in photovoltaic panels to harvest sunlight for energy. External wave barriers offer protection from rough seas and other features include boat docking points, storage, a processing centre and a desalination plant.
7. Shape Memory Plastic 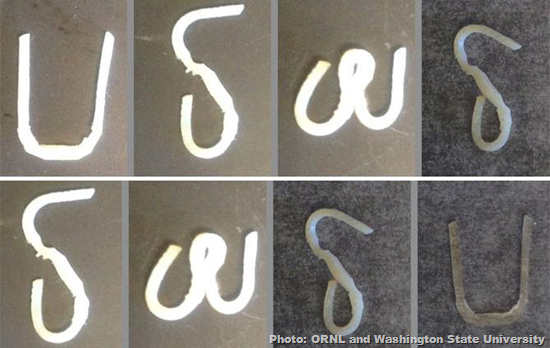 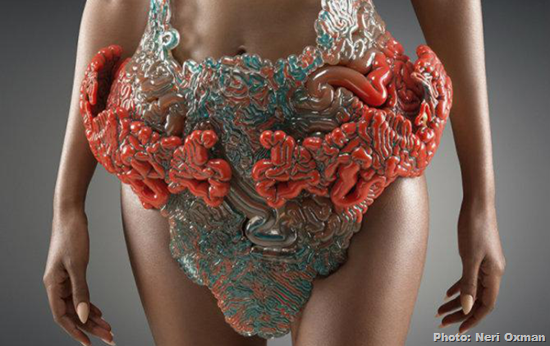 This 3D-printed wearable called Mushtari is designed to host photosynthetic cyanobacteria and E. coli bacteria that produce sugar or biofuels when exposed to light. It was conceived of by MIT professor Neri Oxman, who is exploring ideas of symbiotic spacesuits that could help humans survive on other worlds.
9. Glass Bridge 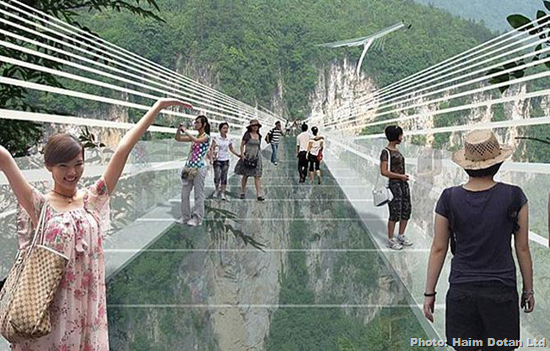 What some countries will do attract tourists! In Hunan Province, China, local officials have commissioned the architectural firm of Haim Dotan to build a transparent glass bridge that spans the Zhangjiajie Grand Canyon. The bridge, which will be built to hold 800 people at once, will cross the 1,214-foot gap more than 1,300 feet above the canyon floor. No thanks.
10. Bitcoin Engagement Ring 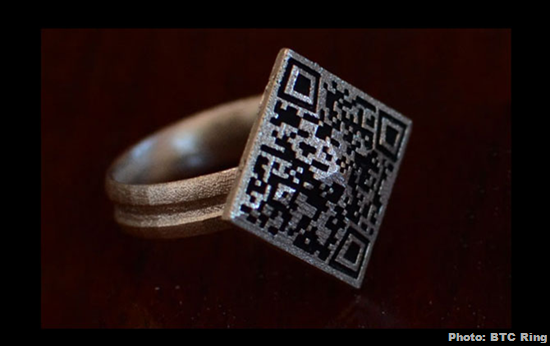 Bitcoins could be a girl's best friend. Unlike diamonds, which hold a value that can only be guessed at, the BTC Ring - developed by Seb Neumayer - reveals the exact value of bitcoins the wearer (or giver) has. Just scan the QR code with the corresponding app and see how much your betrothed is worth. I do.
Top image: The Ecocapsule low-energy portable house. Credit: Nice Architects.
[Source: Discovery News. Edited. Top image and some links added.]