Top North Korean Official: Will Use Nuclear Weapons If The U.S. 'Fored Their Hand' 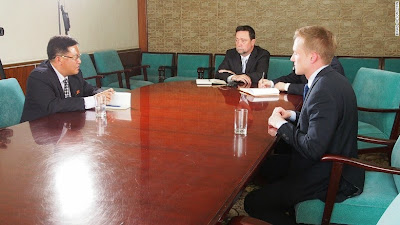 CNN's Will Ripley sits down with Park Yong Chol
CNN: Exclusive: North Korea would use nukes if 'forced,' official says

Pyongyang, North Korea (CNN)When officials informed us that we'd be granted a sit-down interview with a high-ranking member of North Korea's inner circle with no preconditions, it was a real surprise.

Senior figures in Pyongyang don't do interviews, especially not with the international press.

"I do not like talking to foreign media," Park Yong Chol said frankly as we shook hands ahead of our meeting. He said that we report rumor and fabrication about his country.

Park is the deputy director of the DPRK Institute for Research into National Reunification -- a think tank with links to the highest levels of North Korea's government.