Ukraine Wants To Host U.S. Anit-Missile Systems On Its Soil 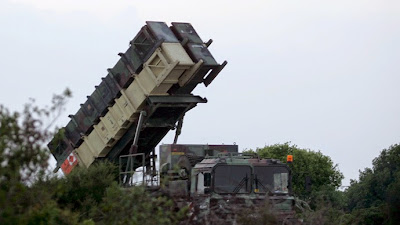 MOSCOW — Ukraine wants a nuclear missile shield, according to the country’s security chief, something that would almost certainly provoke an aggressive response from Russia.

Ukraine is “rebuilding our ­missile shield, the main task of which is to defend against aggression from Russia,” Oleksandr Turchynov, the head of Ukraine’s National Security and Defense Council, said Wednesday in an interview published by the Ukrainian news agency Ukrinform.

Turchynov explained that the new objective is part of a play to strengthen Ukraine’s defenses through “economic, political and military measures” as Kiev continues to fight a war against pro-Moscow separatists in the east. It also comes during a period in which Russia has said that it could deploy nuclear weapons to the recently annexed territory of Crimea. He called on “all leading countries” to help Ukraine defend itself against the potential nuclear threat from Russia through “interaction and systemic coordination.”