Who Is The Prime Suspect In Recent High-Profile Ukraine Murders 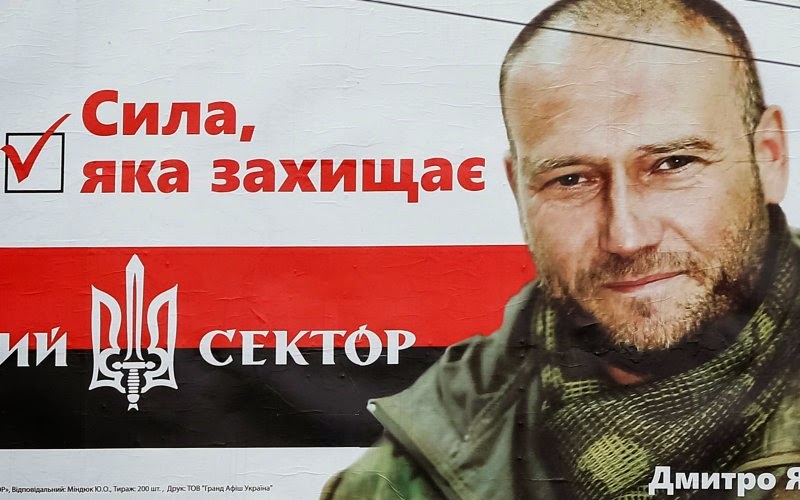 In the muddle of insurgency, assassinations, false flags, and military confusion, the right-wing Pravy Sektor’s Dmitry Yarosh is a key player.

The recent high-profile murders in Kiev of opposition politician Oleh Kalashnikov and, the next day, of Ukrainian writer Oles Buzyna have made the scene in an already complicated and fractious Ukraine murkier than ever.

Both Kalashnikov and Buzyan were overtly and, for many in Kiev and western Ukraine, disgracefully pro-Russian. Both were active in the “Anti-Maidan” movement of last year opposing the pro-Western change of power.

Yet many in Kiev see the hand of Russian intelligence services at work, a false flag conspiracy to stir trouble. As a recent article in Deutsche Welle pointed out: “The Kremlin chief spoke about the murder in Kiev during a live broadcast on Russian television only about an hour after it had taken place.”

WNU Editor: The problem in Ukraine is not that there are a few murders and disappearances .... the problem is that widespread murders and disappearances are now becoming the norm throughout the country .... and since most of these murders and disappearances involve those who oppose the government .... fingers are now being pointed. I do not know if the right-wing Pravy Sektor or if Russia's FSB are involved in the recent high-profile killings .... but I do know that private armies/militias/armed gangs are rapidly becoming the norm in Ukraine .... they are universally feared .... and they are a law unto themselves .... including Dmitry Yarosh's Pravy Sektor militia. Bagaimana Menarikkan Article Pada Hari Ini . TIPS AND INFORMATIN RESORCES.Jangan Lupa Datang Lagi Untuk Membaca Article Yang lebih Menarik Pada Masa Akan Datang/
Label: Ihy