Why U.S. Allies Are Now Waiting Out The Obama Administration 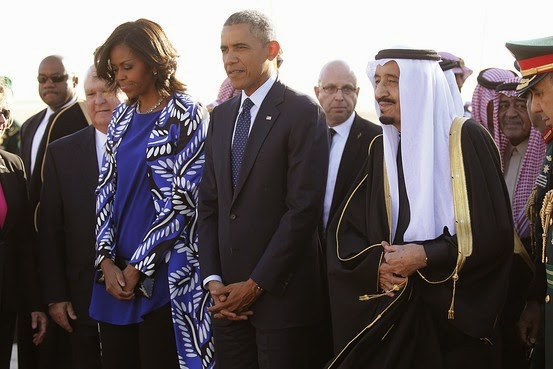 As changes unfold in Saudi Arabia and Israel, it increasingly appears that Jerusalem and Riyadh may be looking beyond this administration. (We don’t care about Obama; we care about Washington, former Saudi diplomat Abdullah al-Shammari was recently quoted as saying.) It’s ironic that as the Middle East devolves and the U.S. needs friends in the region–regardless of their imperfections–relations between Washington and its two oldest allies are so strained.

There are many reasons for the upset, but the most important is Washington’s emerging relationship with Iran. And right now, it looks unlikely that the U.S. can balance relations between its new friend and its old ones.

WNU Editor: They (Israel and Saudi Arabia) are trying to treat President Obama as a lame duck .... but President Obama clearly has other ideas. I also do not believe that the next President will significantly alter U.S. foreign policy ... and if he wanted to would find that his "influence" is not as great as it use to be. U.S. allies like Saudi Arabia are also now pursuing more openly their own agenda .... and in the case of their involvement in Yemen .... did not even bother to tell the White House until after the fact. Bagaimana Menarikkan Article Pada Hari Ini . TIPS AND INFORMATIN RESORCES.Jangan Lupa Datang Lagi Untuk Membaca Article Yang lebih Menarik Pada Masa Akan Datang/
Label: parenting loudly